Need a Calculator for class? We’ve got you covered!

Student Rights Advocates will be working hybrid for the Spring 2022 semester, but are still here to assist you. Please Email dsrals@asmsu.msu.edu to set up appointments.

Our SRA’s can advise you on any case within the University Judicial System.

If it’s late at night, and you need a ride home, our Safe Ride program has you covered!

$300 short-term, no interest loans for all tax-paying undergraduate students at MSU.

Get free access to new outlets such as the WSJ, USA Today, and more!

The General Assembly is the legislative body of the Associated Students of Michigan State University. The Assembly is comprised of college-elected representatives from the degree-granting colleges, as well as representatives from the Council of Racial and Ethnic Students (CORES), Council of Progressive Students (COPS), and major governing organizations (Residence Hall Association, Fraternity and Sorority Life Councils, etc.). General Assembly meetings are open for any students to join and listen, as well as to public comment, no prior sign-up required.

Hybrid: Zoom Meeting and Room 115 of the International Center 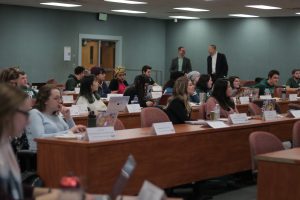